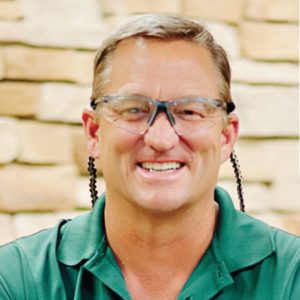 Dr. Jim “Orthodude” Logeman, a native of Cincinnati, OH, graduated from Miami University in Oxford, OH with a BA degree in 1982. In 1986, he received his Doctor of Dental Surgery degree from The Ohio State University. Then, after four years of working in general dentistry, he went back to The Ohio State University to get his Masters (MS) degree to become an orthodontist Cincinnati. During his residency, Dr. Logeman earned the top research award in his class. After finishing his residency in 1993, Dr. Logeman joined his father, Dr. Paul Logeman (also an orthodontist Cincinnati).

As a humanitarian, Dr. Logeman has been on several mission trips fixing up houses and providing dental care for those in need, both in the states and internationally. By partnering with local agencies, Dental OPTIONS and Donated Dental Services, Dr. Logeman provides free orthodontic treatment for needy Cincinnati children. He also volunteers his time providing dental care for those in need through the Free Dental Clinic affiliated with Good Samaritan Hospital of Cincinnati.

In addition to being an orthodontist, Dr. Logeman is also the proud father of three great kids: Jacob, Tommy, and Jessica. When Dr. Logeman is not spending time with his family or performing his orthodontist duties, he is likely golfing, boating, fishing, skiing, or doing some other outdoor activity.